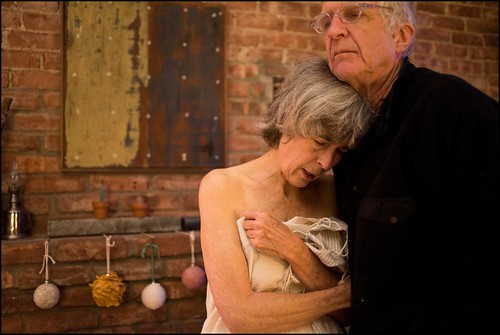 The day after I wrote about dancing with a handsome stranger who would take my life,  my mother woke up with a line stuck in her head that she couldn’t identify right away.

how do you like your blueeyed boy mister death.

She tracked it down.  A poem she had known by heart some 30 years earlier.

The whole family has spent the last week getting used to the idea of non treatment.

There is no resistance.  We’re just all trying to imagine what it means.  To accept a hard reality instead of struggle against it.

I appreciate all the supportive comments.  I appreciate just as much, those of you who have written to respectfully disagree!  To encourage me to keep going with treatment.  And I imagine there are plenty of you who feel the same who simply aren’t writing in.  I WILL talk about this.  Soon.  I’m looking for the right words.

In the mean time, I’m enjoying having family gathered together for christmas.   I’m getting ready to grill a leg of lamb.  I’m riding my bike every opportunity I get.